It started the way all good things do, with a story, one that emerged from the time-shrouded attics of Keri Latimer’s family history. A tale of the great-grandmother she knew only as tiny and soft-spoken, a gentle soul who only spoke Japanese. Who would have guessed that once, in her youth, that same little old lady stabbed a man with a pair of barbershop shears?

That tale became the torch to light a new journey. As the years turned, Keri plunged into the depths of her family’s ancestral memories, resurfacing with stories like jewels that had been tucked away and forgotten. These she polished and kept safe, waiting until it was time to hold their colours up to the light once more.

Now, all of those stories come together on Citizen Alien, the brand-new sophomore album from Winnipeg folk duo Leaf Rapids. The project is a labour of love for Keri and her husband, Devin Latimer. Through their own family’s stories they created a new world from the old, delving into the intimate truths told by voices from decades long gone.

Citizen Alien was nominated for a Canadian Folk Music Award for Contemporary Album of the Year.

Each of the album’s 10 songs spins out a thread, binding history and identity to time and place. Threads that crossed oceans, stretched from Kyoto to Iceland’s wind-whipped northern coast, tangled in the heart of the Canadian prairie. Stories of lives that crept forward in boats across the water, lunches packed in liquor-store bags and battered suitcases bursting at their seams. There is an openness on this record. There is space. It spans out like the vastness between stars. The liquid silver of Keri’s voice spills over a brushed snare, a Theremin trill, an acoustic guitar; all are given room to speak fully. Maybe it’s partly that they recorded Keri’s vocals first, an approach she’d never tried before, either as Leaf Rapids or her previous incarnation as part of Juno Award-winning alt-country quartet Nathan.

Whatever its genesis, Citizen Alien’s soundscape is intoxicating. Co-produced with acclaimed Winnipeg multi-instrumentalist and composer Rusty Matyas (Imaginary Cities, The Sheepdogs), the record saunters from the summery strums of the opener, Dear Sister, to the wintery harmonies of Caragana Switch with Alexa Dirks (Begonia) and Grant Davidson (Slow Leaves). Whimsical melodies strike a stark contrast with unsettling imagery, all of it playing out in the mind like an old sepia-toned movie. For Keri, who also scores for film, that flickering cinematic quality is intentional: it crystallizes the convergence of her composing life, her folk life, and the life of her family.

But this is not only a personal record. Every family has stories of people who crossed oceans, who survived, who struggled and tried. People who knew injustice. And though some of those stories now fade into the haze of time, the truth of them remains vivid. Consider the album’s title track, declaration of love between ancestors divided by the travesty of Canada’s Second World War-era Japanese internment camps; if the same thing happened today, Keri points out, she and Devin would be split up, their children taken away.

Today, that kind of horror still threatens. Hate still festers, and power still tries to push human lives into the divide. But there is hope. Because, as Citizen Alien shows, we are all the dream of a future our forebears once had. Every day, we carry that dream forward in the stories we are heir to and the wisdom they hold, and every day, we have a chance to let those tales shine.

"This is an understated Canadiana masterpiece that, frankly,

I find difficult to explain. Just give it a listen. Spines will tingle."

“Leaf Rapids...Had the audience at the Green Door Store in awe.

Keri’s voice was incredible with every song sounding like the softest lullaby.”

All songs written and composed by Keri Latimer (except Helen's Waltz lyrics), recorded in home studio and at Paintbox Studio, co-produced by Rusty Matyas (Imaginary Cities) and Keri Latimer. Released May 2, 2019 on Coax Records (www.coaxrecords.com)

She has mad skills on the theremin, and can write a song so perfect you’ll swear it was traditional. 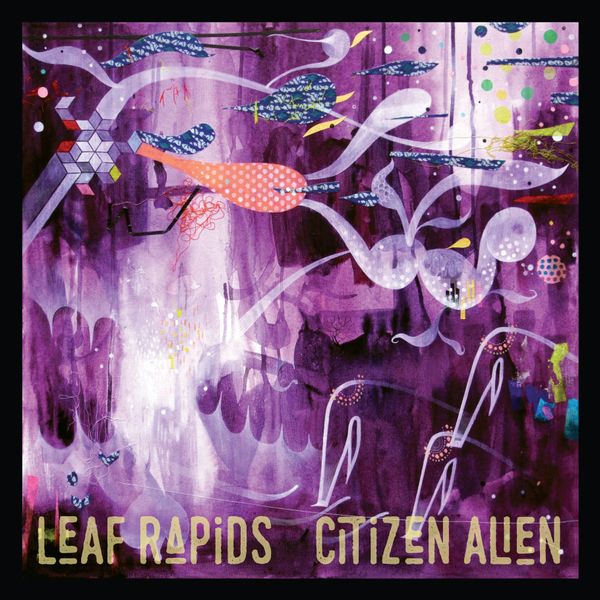 Our new album CITIZEN ALIEN is finally footloose and fancy free! Our little fledgling has been pushed from the nest and we are excited to see where it goes, and where it takes us.

So far it is taking us… 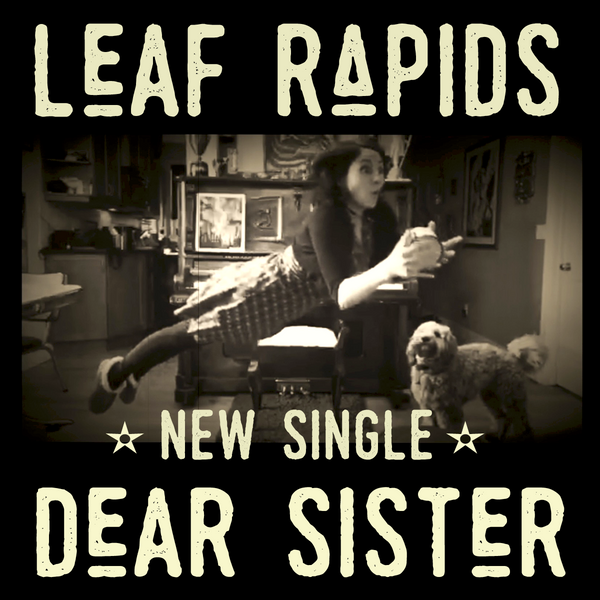 Things are really revving up here at Leaf Rapids headquarters. Our first single Dear Sister was sent out into the world on March 7. We made a video for it which you can watch here. It was made with… 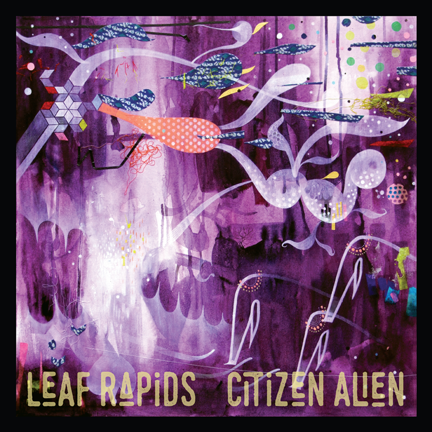 We've been busy at Paintbox Recording working with our good pal and sonic genius Rusty Matyas (Imaginary Cities, Waking Eyes) and are very excited to share our new album called, "Citizen Alien." It's chalked full of special guests including Rusty…